Our Engine Failed, Finding The Cause – Ep 8

Every now and then our Sailing With Thankfulness journey brings us challenges and even moments of terror. In this episode our engine failed and we come close to running aground on a rocky shore. We got to safety and used a simple approach to figure out what went wrong.

Today was the day that I was taking Kerry out to teach her how to anchor. We set out from the dock and traveled past the lineup of other yachts and big motorboats. We got out into the channel which is about 40-50 meters wide. When we were about 70 meters from where we left the engine stopped!

This was where Kerry learned how to anchor! Kerry ran up the front and dropped the anchor. We went through everything that we talked about and put out enough chain. Fortunately there was very little wind so we weren't drifting too much. I think the weight of the anchor chain held us in place.

How We Saved Our Boat From Running Aground

While I was trying to figure out what to do and how to fix this problem I thought the very first thing I should do is call for help and let somebody know that we're in a bit of trouble, which is what I did. They immediately said to row a line or a rope to shore so that we could pull the boat into the dock and make it safe again. That's exactly what we did.

I jumped in our little tender, our dinghy. Kerry fed out about 70 meters of rope and we took it to the dock. I rowed back to the boat to secure it at that end and then we pulled the boat into the dock - problem averted. Yet, we still have an engine that doesn't work.

What Caused Our Engine To Stop?

Our engine is not working. It stopped and despite all attempts we couldn't get it started again. Is this going to cost thousands of dollars to have somebody come out and repair it? We're on an island. Are there even any good mechanics on the island? I don't know. So you know what? I'm going to give it a go myself. I know very little about diesel engines but I'm prepared to learna nd there are a bunch of sailors around here that I can talk to and ask their advice. So, we're going to give it a red hot go.

Of course there are any number of possible causes for why our engine stopped and wouldn't start again. I'm going to try and keep it really simple and just follow some sort of logical path through.

Electrical? I know that when we were trying to start the engine it was turning over so it's unlikely to be an electrical problem.

Cooling? There was no steam coming out of the engine so it's probably not a cooling issue.

Fuel? Therefore, I think it's something to do with the fuel and the fuel not getting into the engine properly or perhaps dirty contaminated fuel. Maybe it's got air or water in the line.

Let's have a look at the fuel system and how it's put together. Then we'll work through it piece by piece and see if we can find the problem. I've disconnected and removed all the fuel system in between the fuel tank and the engine itself. This isn't necessary for diagnosis or repair but it makes the explanation easier.

We start with the fuel tank. In our case the hose that leads to the engine comes out of the top of the fuel tank. We follow that around and we get to a fuel cut off valve. When the fuel cutoff valve is open the handle is in line with the flow. When it's off it's perpendicular. We'll have a quick look inside and you might be able to see that even when the valve is open there's something that appears to be blocking the flow. It's not actually blocking though. What happens is the fuel goes up over that shiny metal piece that's in the middle.

Why is that important? It's important because it means that if contaminants are coming through the line they're potentially going to get caught on that step that the fuel has to flow over.

From the fuel cutoff valve we follow the hose around further and we get to the primary fuel filter which is also a water separator. This has perhaps a 30 micron filter. I'm not exactly sure what it is in our case but anyway it's a coarser filter. The fuel comes in, goes through the filter any water goes to the bottom and is collected in this container. It then continues on.

Now a couple of components on this primary filter:

The last part we'll look at if we follow the line the rest of the way is the fuel strainer. This is attached to the engine and inside there's this small strainer.

There's more of the fuel system on the engine itself but we're going to check out this section first.

I thought I would start with the easiest part to inspect and that was the fuel strainer that's mounted on the engine. It was removed simply by taking out a single screw and lifting the lid off.

When I removed the strainer it was perfectly clean which means that it's unlikely that the problem is beyond the strainer. In other words in the engine itself. If there's a blockage it's going to be between the strainer and the fuel tank.

The next thing I wanted to check was the primary fuel filter. We place a container to catch anything that comes out and then remove the drain plug from underneath. Any water and whatever fuel is in there will come out and drain through. I've already done that which is why nothing's coming out. What did come out earlier was yellow diesel fuel. Putting that into a clear container will clearly show any water on the bottom and the fuel at the top. In this case it was all fuel, no water at all. This doesn't mean there's no water in the system. It just means there was no water at this point in the system. We don't want water in the system so it's a good thing that there is none at this point.

Next we're going to remove the water catcher and the filter insert itself. This one here. When you're doing this in place you want to have one hand underneath the filter so that it doesn't drop off and make a mess. It's empty because we've already drained it and when I took this off the first time it was completely clean which again is a good sign.

The filter just pops off. You can see here that there's some black gunk around the edges . The first time I took this off to inspect it it was completely covered on the surface up here and so this is now indicating a problem. I didn't know what the black gunk was but clearly it shouldn't have been there. (It was diesel bug.)

What we've got at this point in our diagnosis is apparently clean fuel between the engine and the filte rbut dirty contaminated fuel between the filter and somewhere in the fuel tank. So why? What's happening? What's the cause?

It was suggested to me that one possible cause of that black gunk was the interior of the fuel pipes deteriorating, accumulating and then getting stuck in the filter. Let's have a look at the pipe here. If I put something down here, being careful not to damage the pipe at all, nothing's coming out at least in this section of the pipe. It's not deteriorating and it's perfectly fine. So that's unlikely to be the problem.

Again, we have apparently clean fuel from the engine. We know that there are contaminants in the inlet to the filter. The hoses appear to be okay. We haven't yet checked the cut off valve.

When I removed the cut-off valve what I found was that it was completely blocked with a thick black gunk. This was what caused the engine to stop. There was just no fuel getting through at all. It's easy enough to clean out. The question now becomes, how do we solve the problem? How do we know that it's not going to happen again.

Having pulled the fuel system apart, checking it all and putting it back together I know that there are still some contaminants in the fuel. We'll have to deal with that later. We're about to fire it up see if it works. It started! It's still going. We'll give it some reds in a minute. We'll just let it idle for a short time.

What are you looking for?

I was just checking to see what's coming out of the exhaust. There was a small puff of white smoke. Now it's clear and only water's coming out. We've been idling for a few minutes and everything seems okay. We're going to increase the revs. How we do that? We don't want to go anywhere so we push this button in and then we can increase the revs without actually moving and engaging with the propellor. It's at 1,500 rpm.

I'm now checking that all of the things that I've undone and put back together are nice and tight and not leaking fuel anywhere.

I figured out what the problem was but now I've got to figure out how to stop it from happening again but that's in another video (Low Cost Diesel Fuel Polishing).

Tagged as engine.
Rate it

Get the latest news & updates

Help us create videos that

Together we can make a difference. 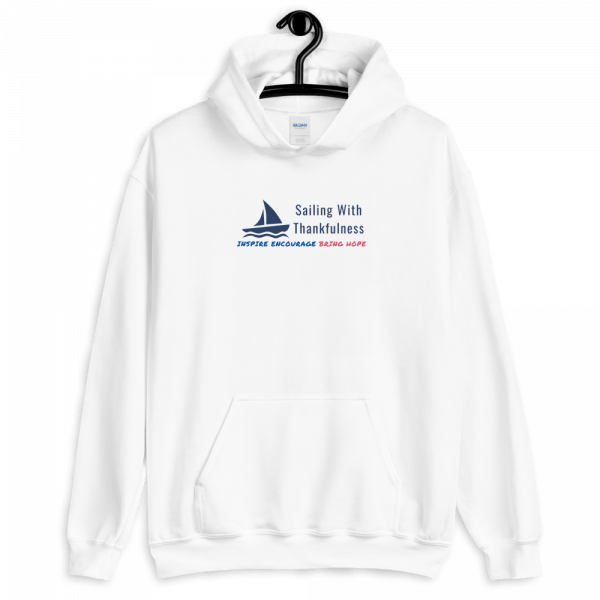 Grab a copy of our book! 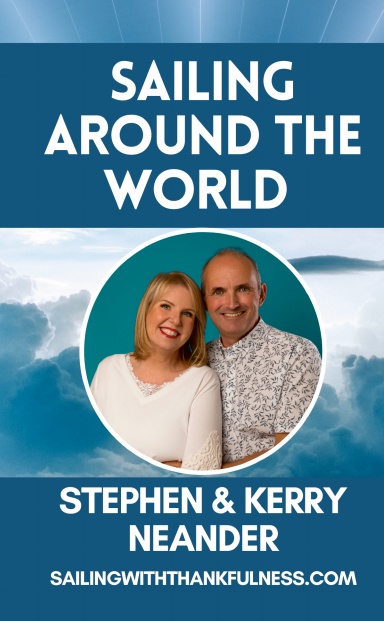 Where should we send the updates?